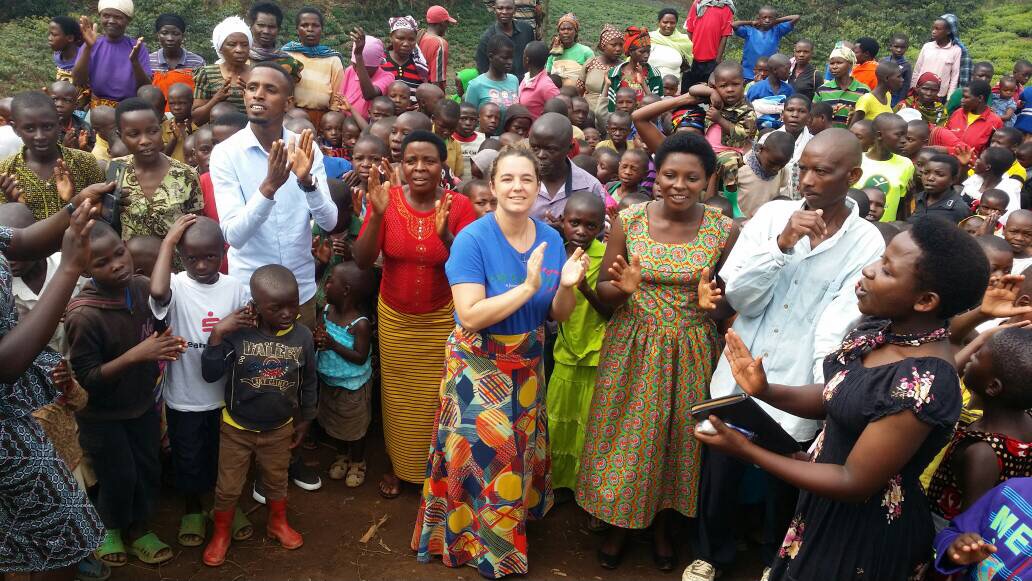 Join us in bringing the joy of corporate worship to this church family!

UPDATE: THE $11,000 OF CONSTRUCTION FUNDS HAVE BEEN RAISED AND THE CHURCH WAS ALLOWED TO OPEN!...ALMOST.  NOW IN THE TIME OF COVID, THEY WILL HAVE TO REMAIN CLOSED UNTIL WE CAN RAISE AN ADDITIONAL $900 FOR A GOVERNMENT APPROVED HAND WASHING STATION!

Here in the US, our churches have been shut down for a few months and we have known what it's like to be isolated from the Body of Christ and from the joys and power of corporate worship. Now imagine if we were not allowed to gather for years, instead of months!  This is what the Christians in the Nyamasheke region of Rwanda have suffered.

Due to new building requirements set in place by the government 2 years ago, this once prospering and vibrant tent church was shut down. Over 200 adults and roughly 600 children had no where to go.  The people were not allowed to gather outside on the hillsides or in their houses, house church style.  The majority of the neighboring churches were shut down also.  A region with around 400,000 people, who are 95% Christian, had 80% of their churches closed.  Indefinetly.

Unlike in our cities, there were no community buildings to rent for hosting church until tithe could be collected and a new church built.  Here at LTU, we were making plans to build a new church from the ground up, but the cost was staggering.

Being the most impoverished region of Rwanda, with many people out of work before the virus-inspired shutdowns, fundraising for building a new church was looking like it would take decades.

But now the situation has changed!  A local man has offered to sell an already built building to the church.  The building costs $10,000 and will seat up to 400 people, but it needs $11,000 in repairs to get it up to code with the new government standards for churches.

Also, this man who is selling the building will allow the church to open and use the building once the innitial repairs are made.  Then he will graciously allow them more time to come up with the rest of the funds.

Can you help us repair and purchase this building?  Can you help to encourage this member of the church Body, who has suffered for years without being able to worship the Lord together? Imagine their unbridled joy when they can finally come together and celebrate under the same roof.  Image the songs in their native tongues, their worship, and the dancing!  What a beautiful day it will be!  Heaven and earth will rejoice!  And you can be a part of making that happen!